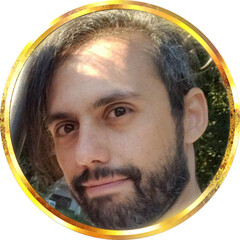 Creative person, with the intention of self overcome in personal and work level. Quiet personality, but at the same time thinking and creating stuff. With technical formation and experience in illustration and animation field, and some years of experience in editing/post production field.